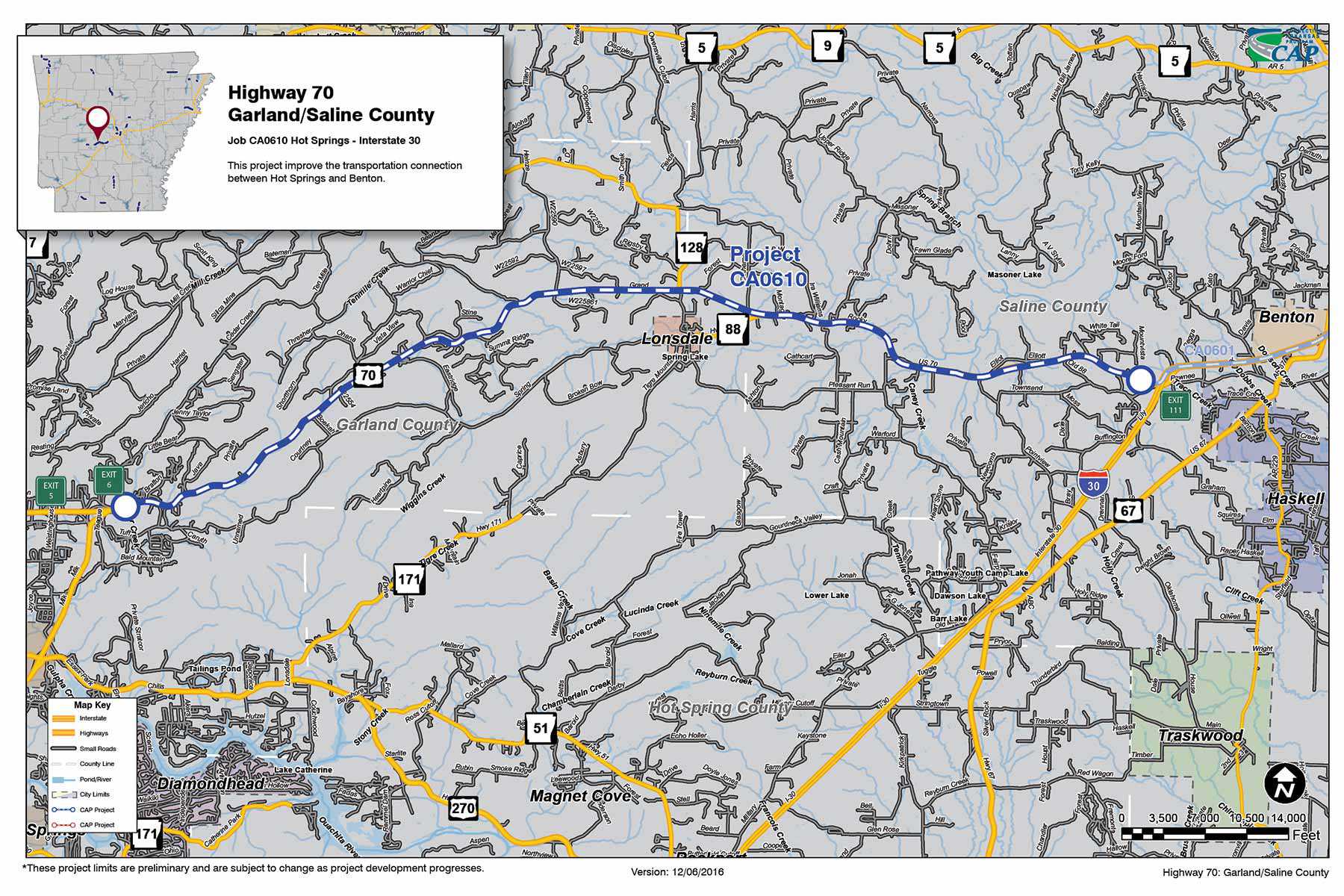 This project completed the five-lane widening of Highway 70 between Hot Springs and Interstate 30 in Benton. The additional lanes enhance the transportation connection between the cities, increase capacity, and improve traveler safety.

This project widened approximately 18 miles of Highway 70 to five lanes, extending generally from Hot Springs in Garland County to Interstate 30 in Saline County.