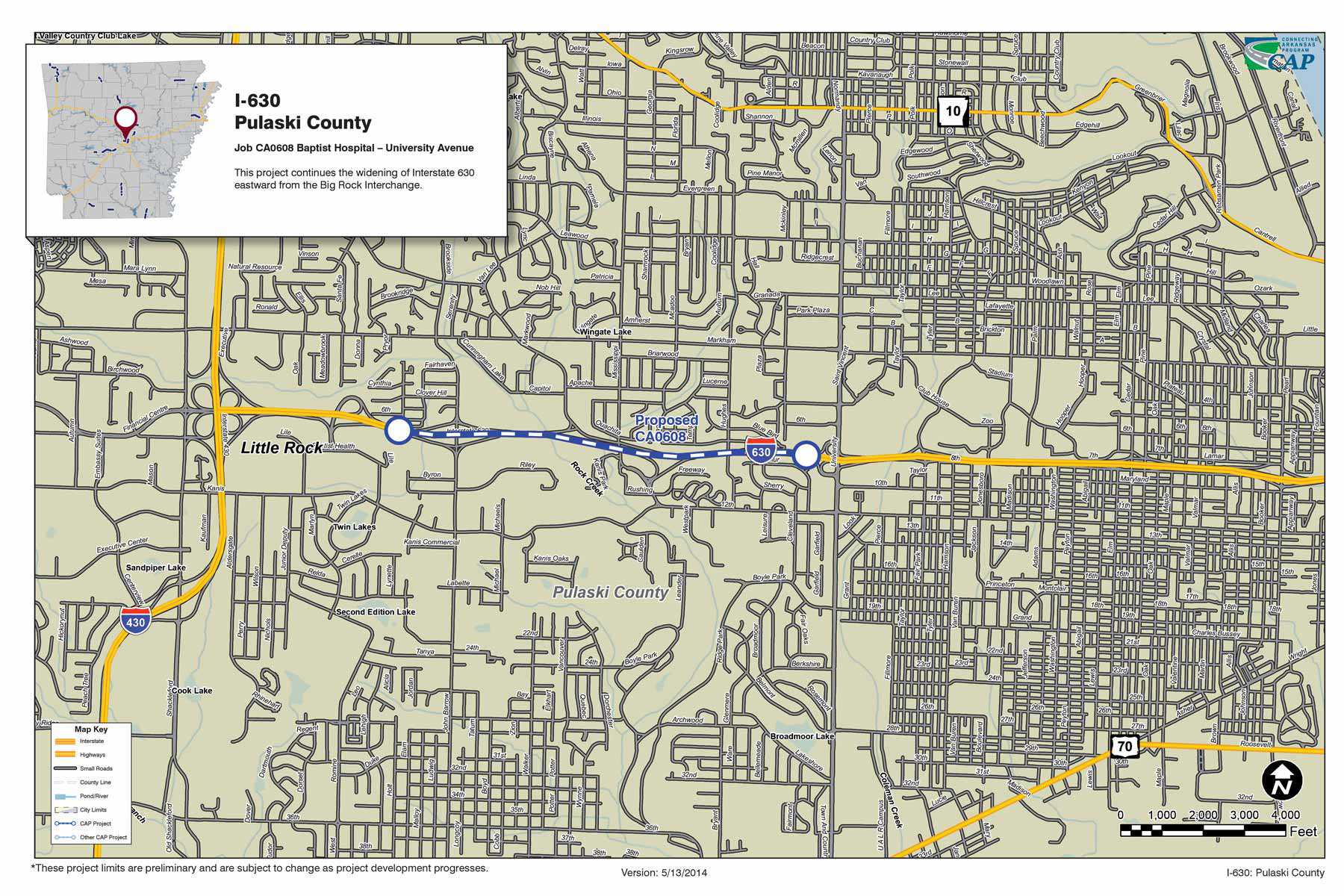 This project continues the widening of Interstate 630 eastward from the Big Rock Interchange. When complete, the additional lanes will increase capacity and improve traveler safety.

Thirty-one projects in 19 corridors across Arkansas are included in the CAP, which improves transportation connections to the four corners of Arkansas.