This project proposes to enhance one of the most traveled roads in Arkansas. When complete, the improvements will enhance the transportation connection through central Arkansas, increase capacity, and improve traveler safety.

The Arkansas Department of Transportation issued design-builder Kiewit-Massman Construction a Notice to Proceed (NTP) in January 2020. As part of NTP #1, Kiewit-Massman is beginning design-focused tasks for roadway and bridge elements, including design of the new Arkansas River Bridge, developing maintenance of traffic plans, performing geotechnical drilling and testing, and preparing master agreements for utility relocation. Any actual construction-related activities will begin upon issuance of a future second Notice to Proceed by ARDOT.

The Arkansas Department of Transportation is proposing to improve a portion of Interstate 30 from Interstate 530 and Interstate 440 to Interstate 40, including the Arkansas River Bridge, and a portion of I-40 from Highway 365 (MacArthur Drive) to Highway 67. The project, commonly known as 30 Crossing, will temporarily impact the North Shore Riverwalk Park in North Little Rock, and the Julius Breckling Riverfront Park and William J. Clinton Presidential Center and Park in Little Rock. Two De Minimis Section 4(f) Evaluations have been prepared for potential impacts to the parks. Potential impacts, as well as protective actions that will be used to minimize impacts to these parks, are included in the evaluations and documentation. These documents can be viewed by clicking the links below and at ardot.gov, or by requesting a paper copy. Any comments on these documents should be received or postmarked by Tuesday, May 5, 2020 and may be sent via e-mail to: Info@30Crossing.com

For further information or to request a paper copy, please call the Connecting Arkansas Program phone number at (501) 255-1519 and reference the 30 Crossing project. 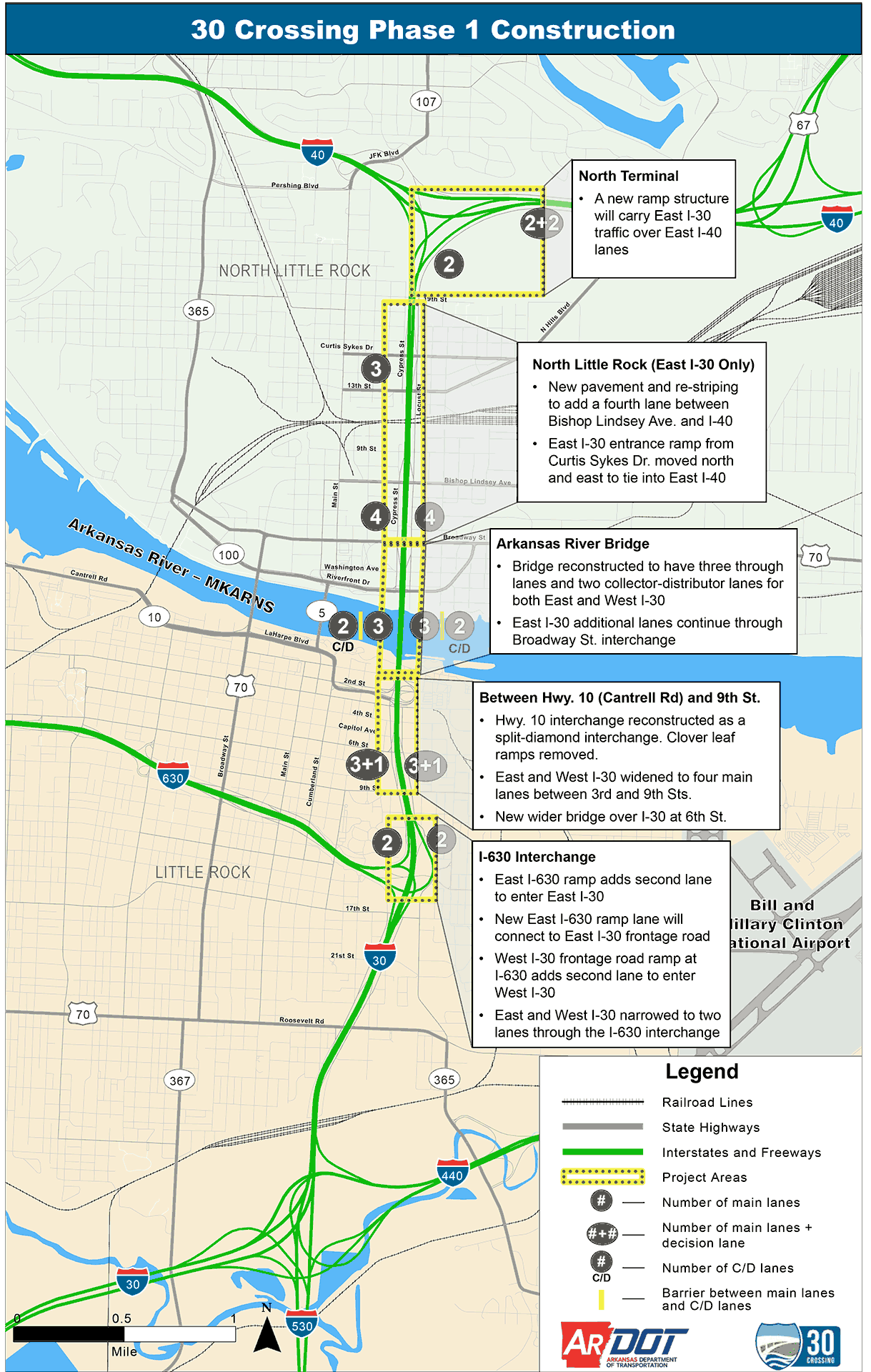